It is well documented that earning a college degree increases your potential lifetime earnings. Many articles have been written discussing this very topic, as well as many articles showing which college majors have the highest paid salaries. Many of those majors are in the STEM fields (science, technology, engineering, and math). However, it is not a necessity to earn a degree in one of those fields to reap the increased salary potential that comes from earning a college degree.

If you are thinking about completing an unfinished college degree here are some things that you should think about:

“Even though bachelor’s degree holders enter the workforce at a later age and forgo “opportunity costs,” — or money they could have made during those years instead of being in school — over the course of their lifetimes, they made an average of over $1 million more than someone with just a high school degree, and those with associate degrees made $325,000 more than those with high school diplomas.”

More recently in a 2015 article by Bloomberg Business titled “The Value of a College Degree is More Obvious Than Ever” we see data that indicates college educated workers earn 53% of wages even though they only make up 34% of the labor force.  This shows that employers are generally willing to pay more for college educated employees.

If you are in the process of returning to school or thinking about returning to pursue a degree and not sure what degree program may be a good fit for you consider seeking advice. Your AthLife Advisor can help you discuss your academic and career goals and help you align your interests to an academic program.

An Interview with Dhani Jones, 11 Year NFL Veteran Written by: Connor Golden-Sims, AthLife Advisor Throughout our lives, we all…

Investing in Your Career is a Gift that Will Keep on Giving During this time of year, there is a…

The holidays are a busy time of year for everyone. It is a time when we are shopping, traveling, attending… 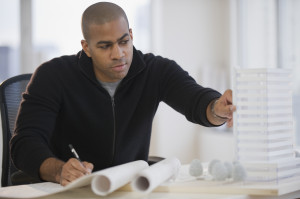 “Change is inevitable, growth is optional.” ~John C. Maxwell The average person changes careers between five to seven times in…