When it comes to job interviews it is important to show confidence, however, you should be careful not say things that could make you sound dishonest. Recently, Inc. published an article titled “10 Phrases that Make You Sound Dishonest in a Job Interview.” Some of the phrases listed in the article seem a bit outrageous for people to say but, people have been known to say things or ask questions that would leave a hiring manager cringing or simply questioning the interviewee’s honesty.

We can categorize the listed phrases into two groups, first, phrases that you may think are okay to say during an interview (but you shouldn’t) if you desire to sell yourself and show confidence. Second, questions that will downright have anyone questioning offering you a job.

Phrases to avoid during a job interview

“I don’t have a weakness” or “my only weakness is that I work too hard” are two phrases that can make you sound dishonest. Being confident in your abilities is one thing, but failing to have self-awareness is another. We all have weaknesses, so saying you don’t have one may come across as arrogant rather than confident. The same goes for stating your only weakness is working too hard. While that may be true it also comes off as a little arrogant. Consider doing some introspective thinking prior to an interview and you will be bound to come up with a more genuine and honest response to the “what is your weakness” question. A good way of wording a response to the weakness questions could be “For a long time I struggled with “X”, so I took a class, sought feedback and continue to work on “X” so that I can make the improvements necessary to meet my expectations.”

Some interviewees also make the mistake of saying “Oh, yeah, I’m really good at that …. and that … and that,” or “I agree … I agree … I agree.” These are phrases that you should also avoid because making yourself sound “too good to be true”, will leave the hiring manager skeptical of your abilities. The same goes for saying “I can do anything” or “I can be that person.” Again these phrases sound like you are just telling the interviewer what they want to hear rather than being yourself. You should consider providing examples that illustrate your abilities to back up your talk.

Questions to avoid asking during a job interview

The article also lists two questions you should avoid asking during an interview, as they may make you sound dishonest:

Just remember to be your authentic self during an interview, be confident but not arrogant. And don’t ask anything that will send up red flags for the hiring manager. 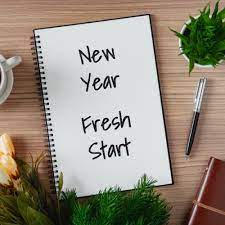 The new year is here! So why not determine how you can make this your best year yet? Some may…

Attending family gatherings and parties during the holidays are often filled with much anticipation.  As you plan to travel to… 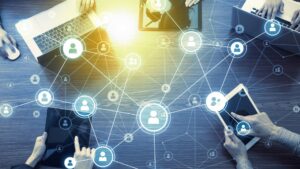 Technology and how we use it has changed in the last three years, affecting how we network with others. Touchless…

Starting a goal is always much easier than finishing a goal. For example, how many of us make plans to…